Cost-Effective To Screen All Women For Breast Cancer Genes 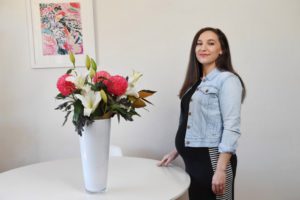 Research just published in the journal Cancers shows the cost effectiveness of population level screening for the BRCA1 and BRCA2 breast cancer genes  The research considers both the medical and social costs such as income loss and shorter lifespans due to cancer.

With breast cancer being the most common cancer in Australia, the gene mutations are known to cause up to 20 percent of ovarian and 6 percent of breast cancers.  The BRCA mutations make a woman 85 per cent more likely to develop breast cancer in her lifetime.  Currently half of BRCA carriers do not meet the criteria and are not tested.

Famously Angelina Jolie had a double mastectomy when after losing her mother to breast cancer discovered she too had the BRCA1 gene mutation. Dr Caramins, a Sydney based Genetic Pathologist says that the guidelines for testing are too strict and that relaxing them would provide a lot of benefit by doubling the detection rates.

The conclusion of the study was that genetic testing for all women over 30 would prevent millions of deaths from ovarian and breast cancers globally and be cost effective in medium and higher income countries.